The Ballachulish Goddess was discovered in 1880 beneath about 10 feet of peat.

When she was lifted from lying face down,

How remarkable it would have been, when she was first lifted to gaze upon her, or rather for her to see again, to gaze upon us, for the first time in over 2000 years.

Whether deliberately so, her eyes seem different.  Her larger right eye appears to have a distinct pupil marked, as if staring directly at us, or forward into the distance. While her small deeper set left eye, evokes an inward contemplation, perhaps a second sight to other places and times. Her mouth appears poised, as if about to speak to us, perhaps of some wisdom from the past or I can almost hear the first notes of a song emanating.

Taken back to Edinburgh, she was uncared for, and as she dried out, her fabric twisted and split, presenting a countenance which differs greatly from her appearance of 2600 years previously.  Now a look of shock, or worry perhaps, a permanent rigor mortis – her eyes pleading to be freed from permanent public display. 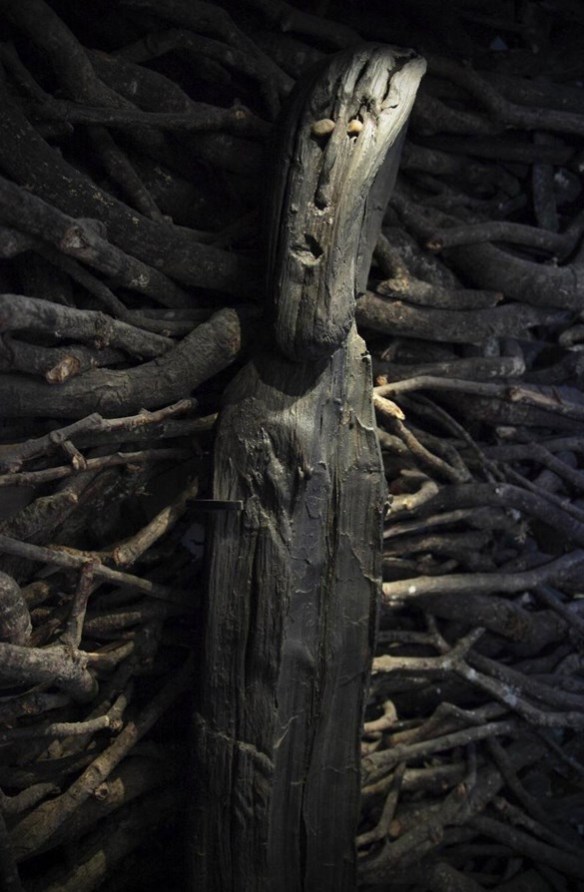 Many have speculated, who she is and what she may have represented.  Others have noted that the location she was left was a special place, next to a narrow water crossing, the successful navigation of which allowed travel on land up the west coast of Scotland.

Some have noted, with the proximity to Beinn a’Bheithir, that the Ballachulish Goddess may in some way be related to the Cailleach Bheithir.  Described by some as the winter storm goddess, responsible for sudden changes in weather, which even in April with snow in the corries and successive bands of icy rain sweeping across Loch Leven still seems within the Cailleach’s purview. 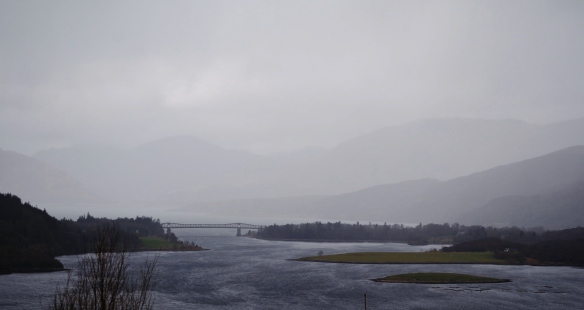 I cannot contribute much to the story, like many before I wonder who she may have represented – an individual, an archetype, a goddess, named or nameless – perhaps all these at different times.  However, I can reflect on the landscape she was found within and how earlier sites may reveal something of her nature.  Other archaeological sites including cairns and burial cists suggest this part of the landscape had been used for ceremony and ritual by people in the third and second millennia BC.  So the Ballachulish Goddess was located in a landscape which had a depth of story before she was created about 600 BC.

The location where she lay beneath peat for over two thousand years is on the brow of a raised beach. 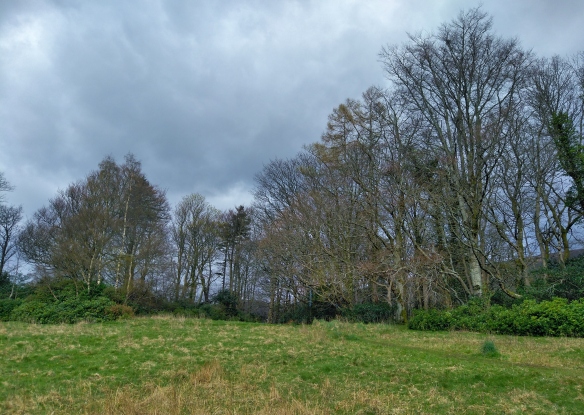 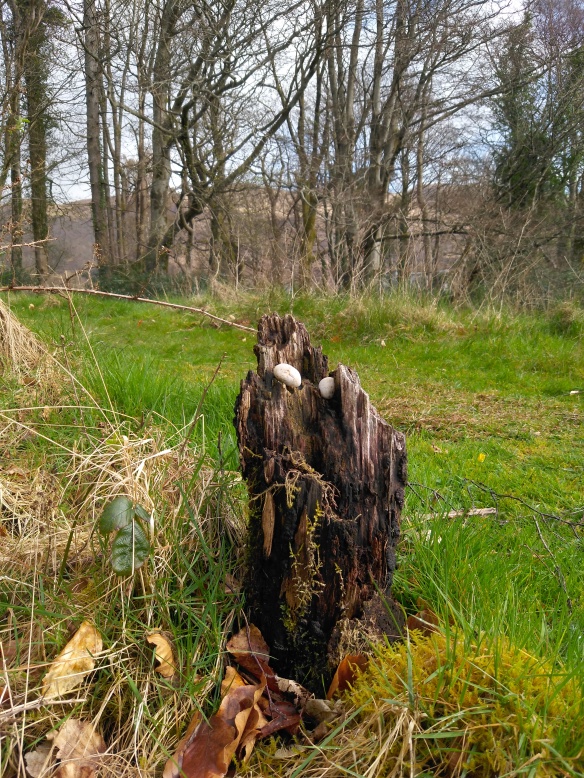 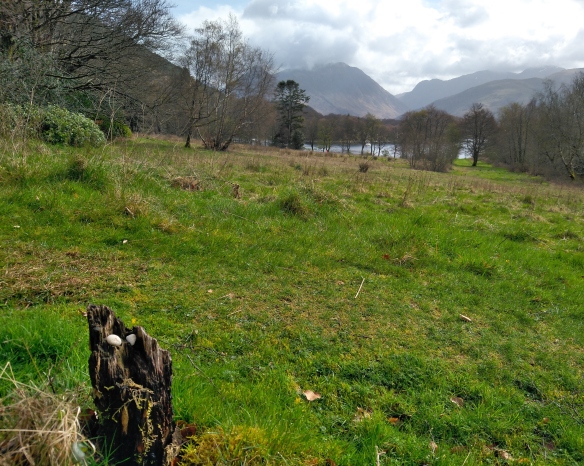 A shore line, when following the last ice age, sea levels rose rapidly and water lapped many meters higher than today.   However, about 600 BC that raised beach line was already a distant memory and much of the ground below had been revealed by falling water levels. 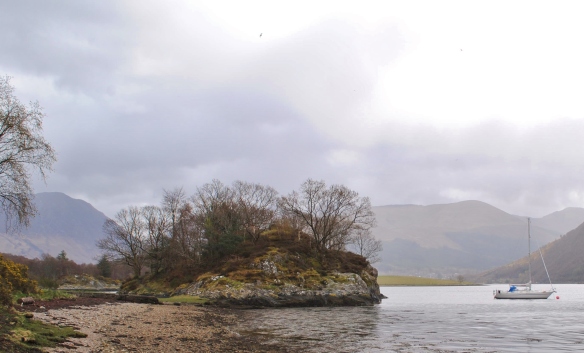 Others before had marked these profound changes. On this islet, there is a small group of cup marks, a distinctive form of rock art dating from the the fourth millennium BC. 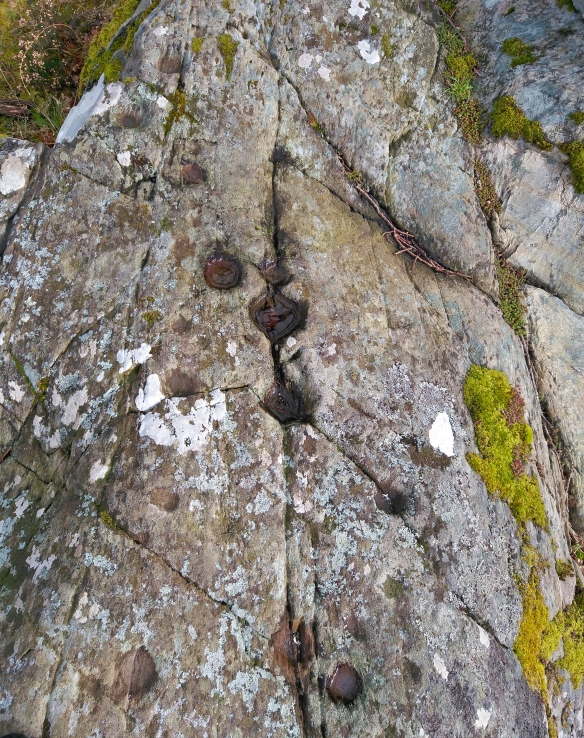 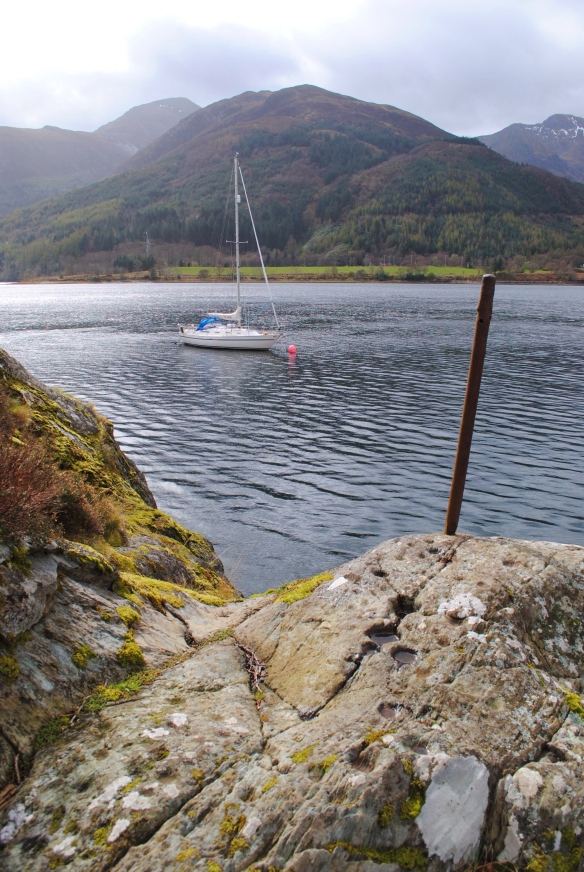 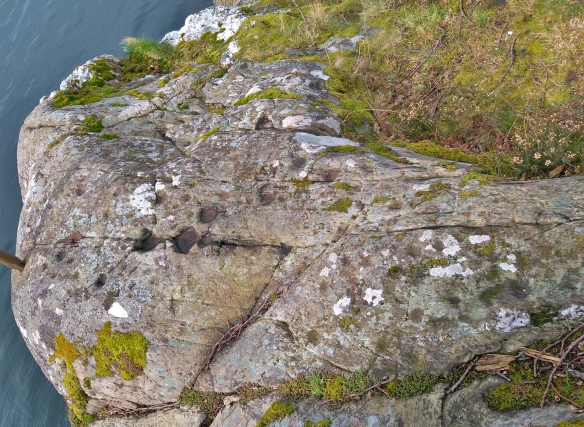 As the water retreated and the island became accessible, perhaps a thousand years later people modified the rock with cup marks. 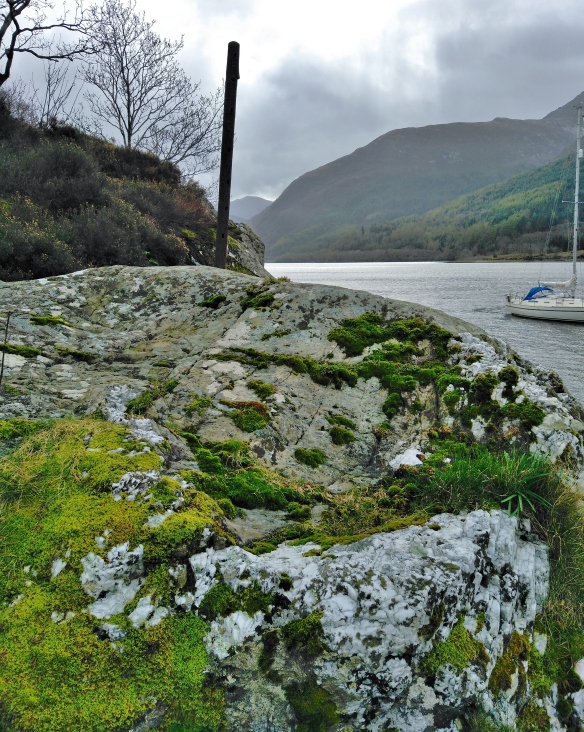 Most striking perhaps is that they are adjacent to significant outcrops of quartz, which even today seem to flow or drip into the sea below.   But in heavy tide or winter storm, they will be washed and partially submerged by the sea. 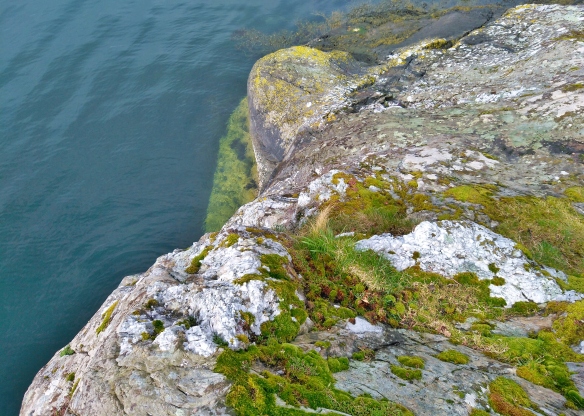 Where the Ballachulish Goddess was located was not only liminal in terms of the distance across a short, but potentially hazardous, stretch of water.  The liminality was also temporal, a place of deeper time where sea and land played out a dance through millennia, as sea levels rose and fell, and then land sprang back up after the weight of an ice sheet lifted.

The Ballachulish Goddess stood poised above An Dunnan, with one of her eyes looking back to when people, perhaps two thousand or more years before had marked rocks revealed by watery transitions.

One quartzite eye staring back calmly at the quartz which marked this place of rock-water which had been birthed as the sea levels fell.

Yet as she stood on the raised beach, she also looked forward with another quartzite eye, to a time

when sea levels may rise again, and

the dance of water-rock continues.

The images of the Ballachulish Goddess are from the National Museums of Scotland website where more information can be found.

Further information can be found at the Canmore
The original publication of the discovery can be found in Proceedings of the Society of Antiquaries of Scotland.
While further thoughts on the ritual context of the Ballachulish Goddess can be found in an article by Jeff Sanders  ‘The sky almost never falls on your head – why ritual rarely fails’

And a brief introduction to some of the geology of the wider region.