Hiding in the shadows is a metal studded door. 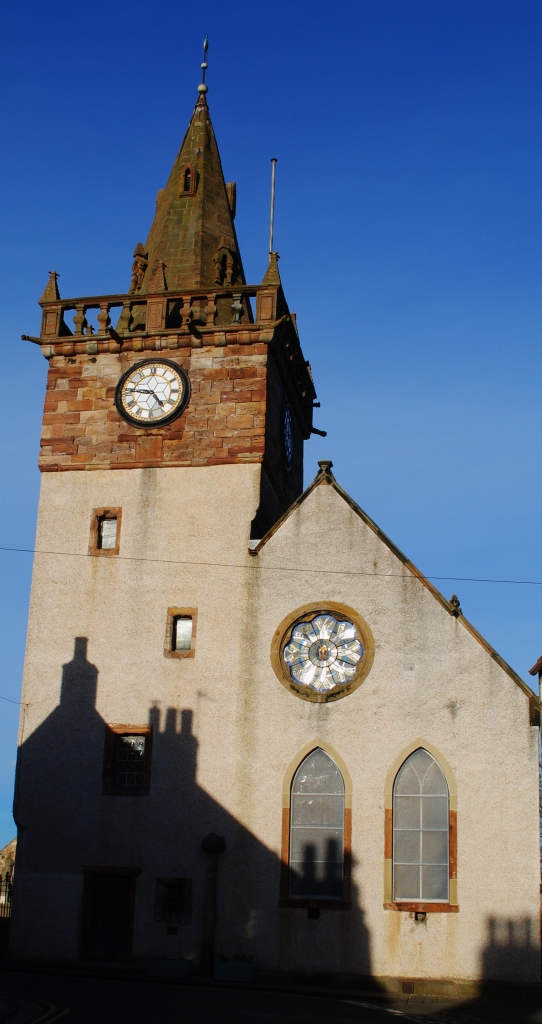 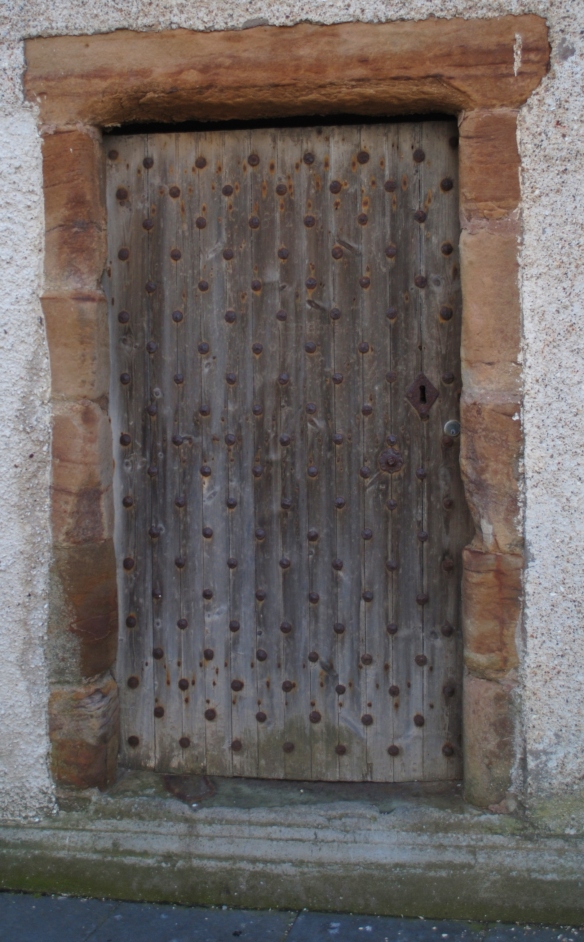 It is located on the west face of Pittenweem Tolbooth Steeple, Fife.  A building which dates back to the late 16th century and according to Stell (1982) it is one of only 20 tolbooths in Scotland which date to before 1707.

I was drawn to the door due to its old and weathered character but was soon attracted by letters scratched on its surface.

Further below is inscribed in the wood: 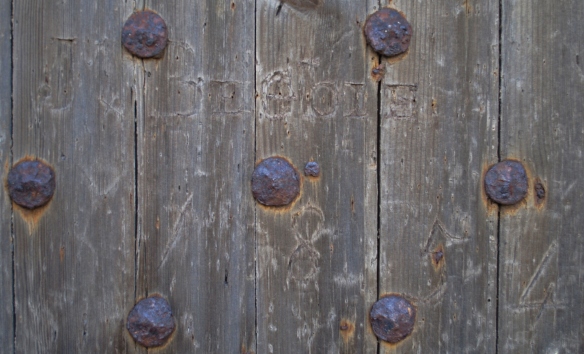 I am not sure, why these dates have been singled out.  And, if I am reading it correctly, who was J BeGole.  Did they live in Pittenweem?  Or was this a clandestine act of a traveler, perhaps only in the harbour for a matter of hours?

Subsequently, some rapid research, produced a photo on RCAHMS of the Tolbooth, taken in 1882 (at 1 pm) by archaeologist Erskine Beveridge. 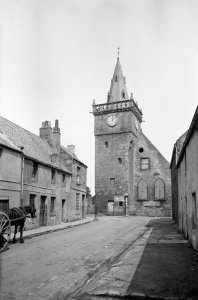 Beveridge had been born in Dunfermline in 1851, three years before J BeGole was scratched on the Tolbooth door.

was the name visible to him when he photographed the Tolbooth,

and separated by only 28 years, did it resonate with any meaning to him?

I assume Beveridge would have realised that the door led into the jail cells within the Tolbooth. 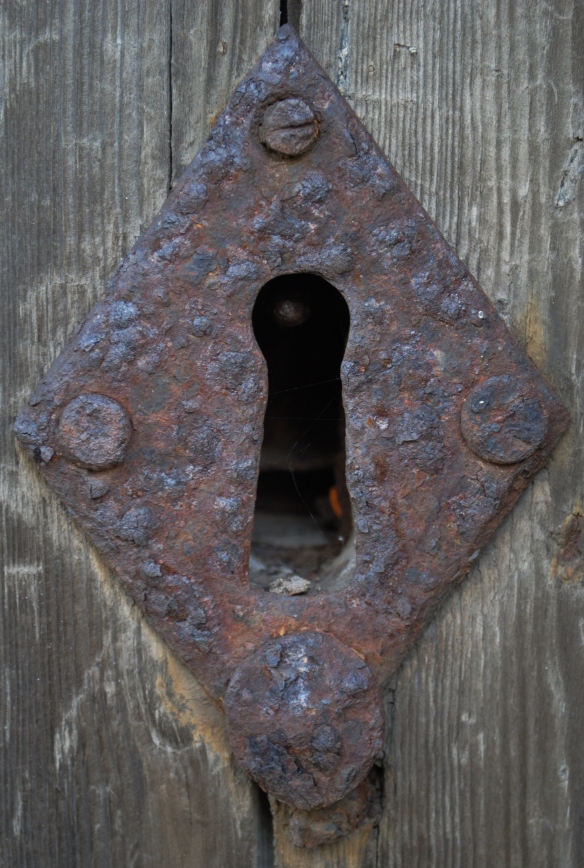 If so, he may also have been aware of the stories of those who were locked in the cells in the late 17th and early 18th centuries.  The RCAHMS records make no reference to this, while the Places of Workship record largely focuses on architectural details.

were accused of Witchcraft

and subject to torture : behind the Door of Secrets.

I have not had time, yet, to find details of primary sources relating to these stories and their veracity.  However, it is clear that there is a horrific account of what may have happened.  Additionally it appears that in 2012 there was vote in the community as whether to erect a memorial to those accused of witchcraft who had suffered.

As always, knowledge and meaning of the past, is partial and diverse: some know of archaeology, history and heritage, some wish to remember and some wish to forget.

It would be greatly appreciated, if anybody has any further information, or suggestions as to the associations or meanings of the dates and name on the door of secrets dating to the 19th century.

But, perhaps, then the door should now reveal its secrets

And other doors which have cause me to ponder:

Time Travel, Through The Bronze Door

Door Way to The Imagination