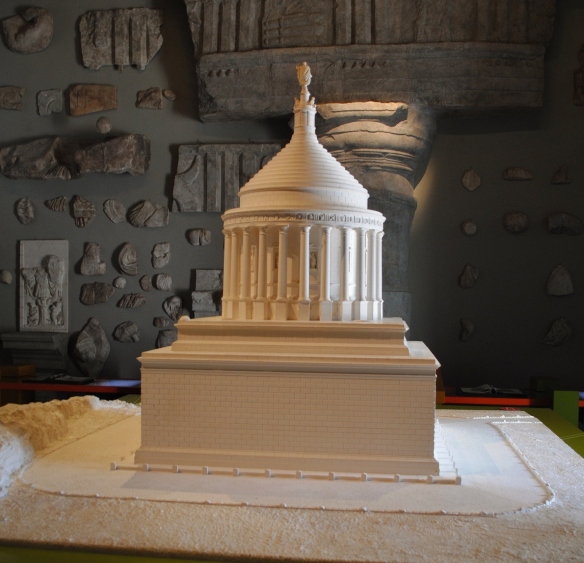 Between 25 and 14 BC the Alps were conquered by Emperor Augustus.  Situated at the frontier of Gaul, the trophy dedicated to the subjugation of Forty Five tribes was created from 7 – 6 BC.  Still a prominent monument in the landscape 2000 years later, it was then a symbol of Imperial dominance.  Yet when it was constructed it required legitimacy from a mythical past, perhaps to evoke demi-god like status upon the Emperor, deliberately situated in part of a landscape associated with the journeys of Hercules (Heracles Monoikos), referred by some as the ‘Heraclean Way’. 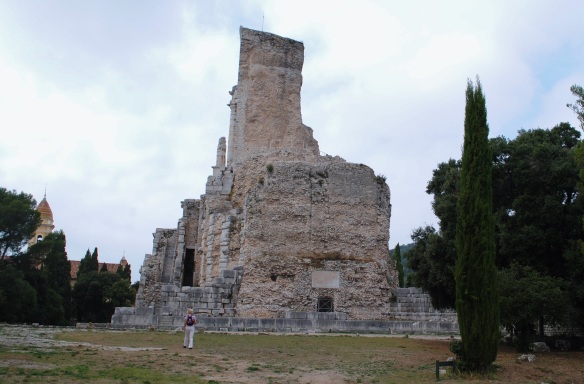 The site was remodeled in the Medieval period as a fortress, which was inhabited to 1705, at which point it was largely dismantled to provide stone for the construction of the adjacent village. 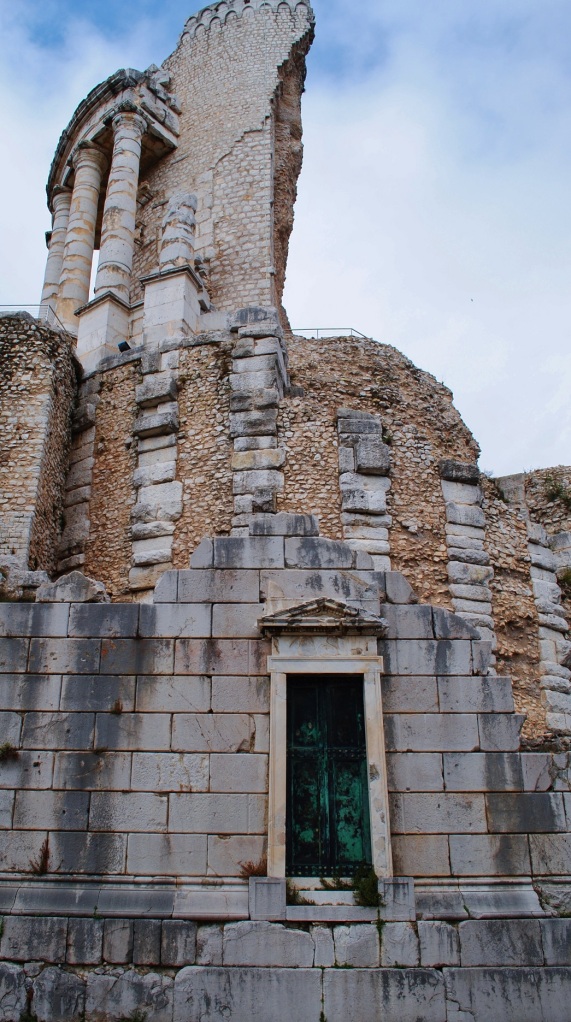 In 1913 consolidation and reconstruction with remains from the site (anastylosis) commenced. 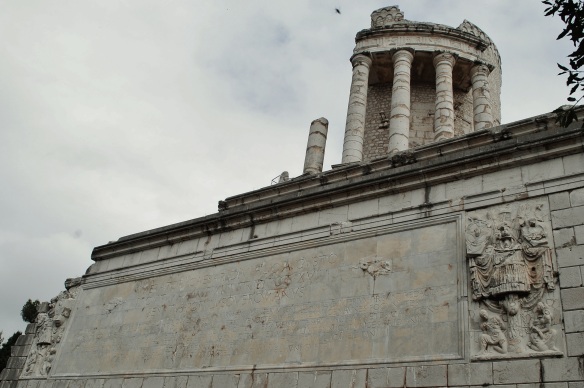 This process continued in 1934 by Jules Formigé but with more significant reconstruction with new materials. To the extent on the west side a marble slab (17.45 m x 2.66 m) was re-created, in part from original fragments found at the site, and based on an account of the original transcription in Pliny the Elders Naturalis Historia.

Names of peoples long forgotten by most…

The site however overlooks Monaco,

its name derived in antiquity from Heracles Monoikos

More importantly, perhaps, the Victory Monument towers above the site of Oppidum du Mont des Mules.  The site of the Ligurian fortification created perhaps about 250 BC which would have been subjugated during the campaign of Emperor Augustus. 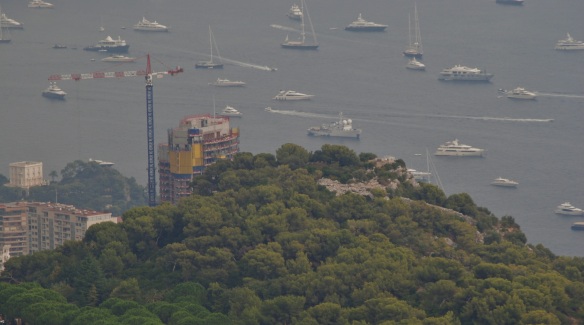 Still the stone ramparts, of this tribal center, stand.  An alternative claim

from the Roman dominance

The lines of the ramparts can still be 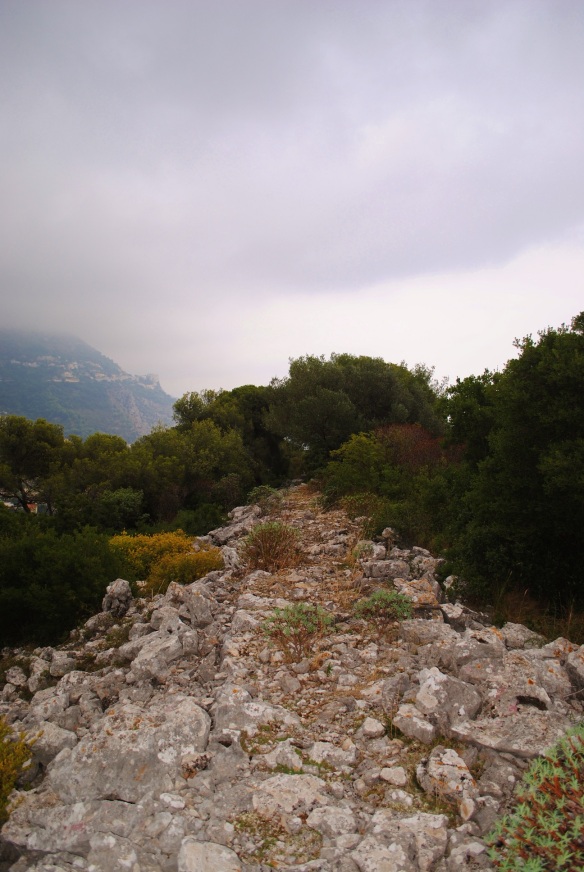 Dressed blocks showing the scale of what was once before. 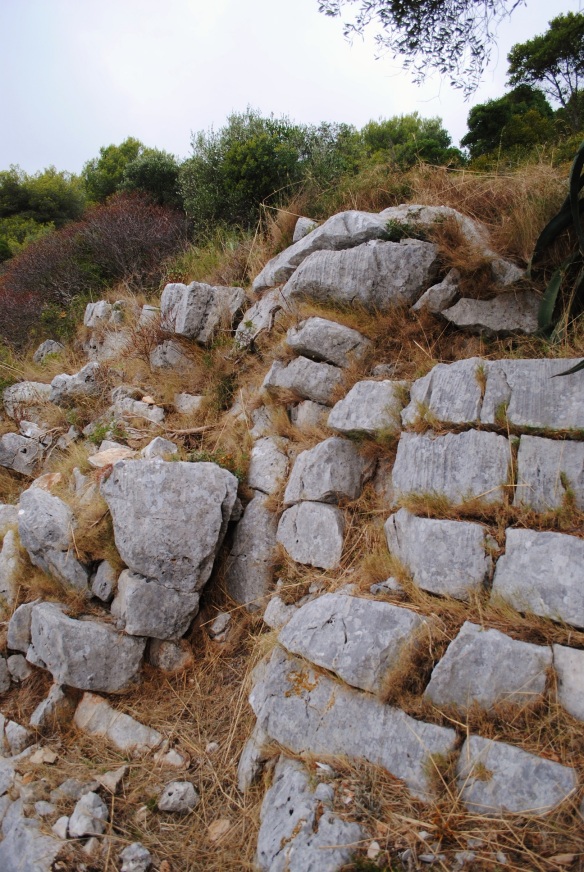 Quarried from the hill top, reconfigured, bounded in stone. 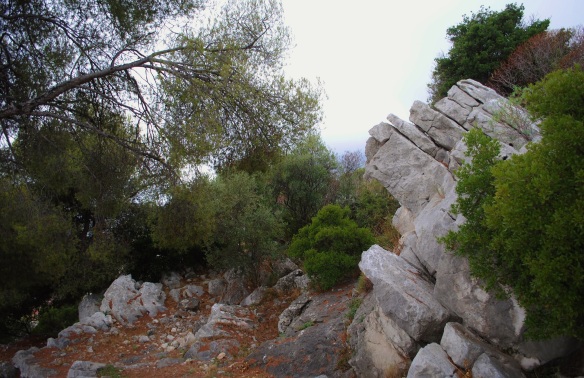 Its ramparts, so close, as its wider landscape, to still be part of Monaco below. 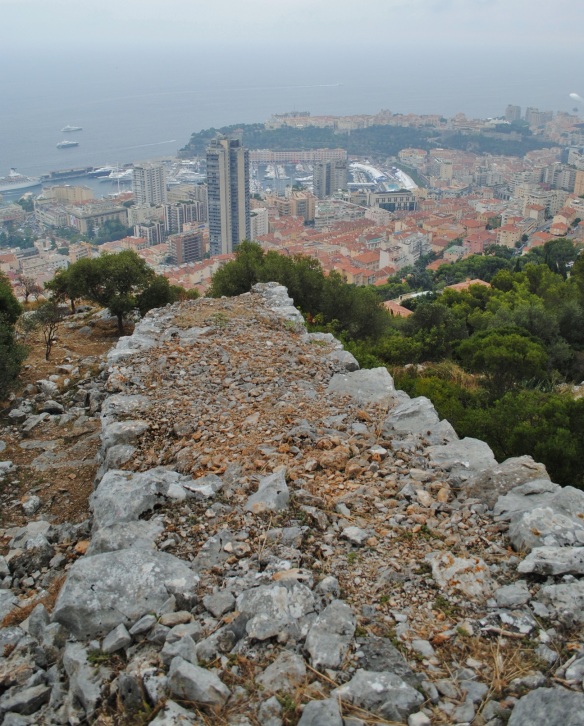 But go off the path, and you can find gestures which evoke different views of the world. 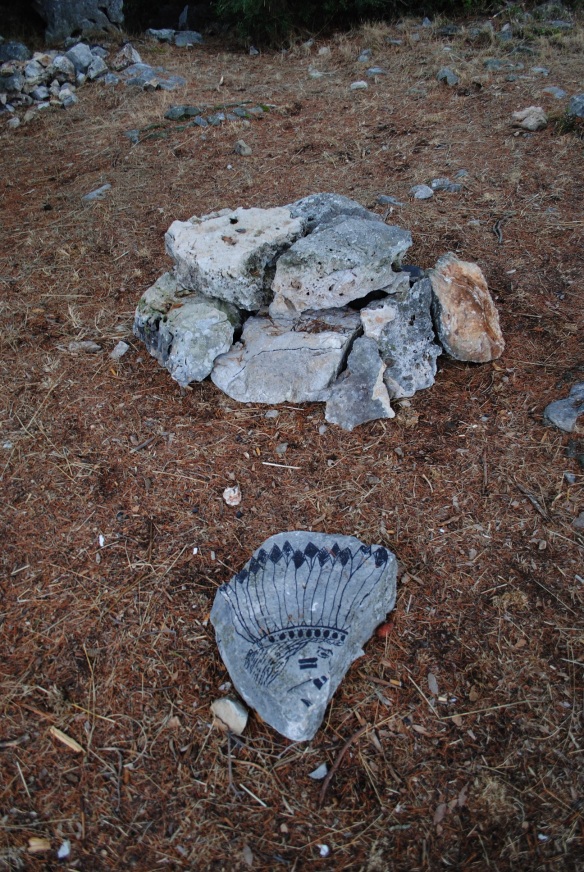 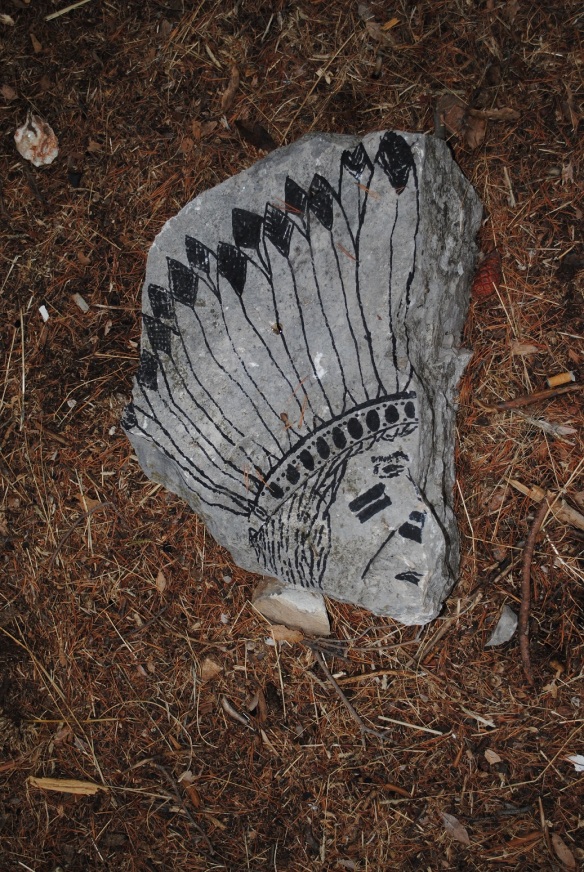 Not simply one stone, embellished as a tribal head.

Rather a component of a bigger piece, a cairn with other stones embellished.

The individual pieces expressed in different terms but together creating a visible statement of unity. 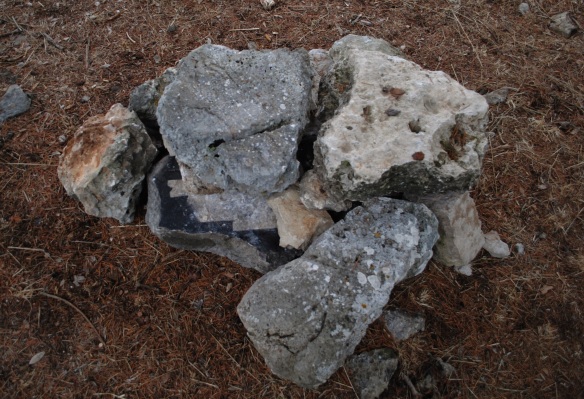 One had a stenciled profile of a building, and I wonder what the hidden faces of other

But then from the view point at Oppidum du Mont des Mules, 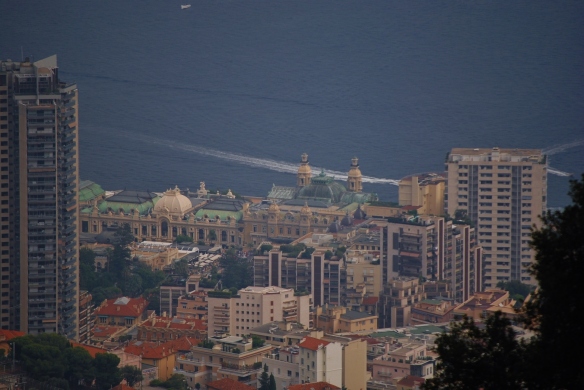 I reflected on the

The visit to these sites was part of a study tour to the Maritime-Alps which followed the salt routes from the coast to the inland mountainous landscapes. 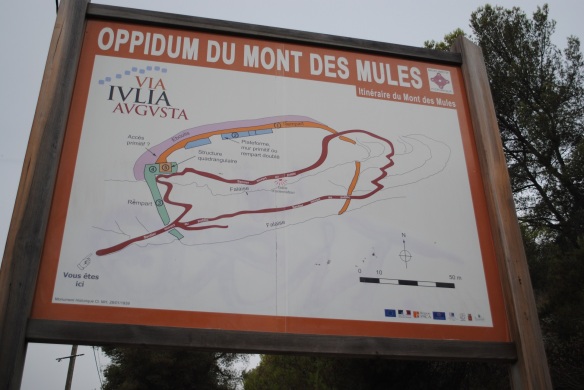 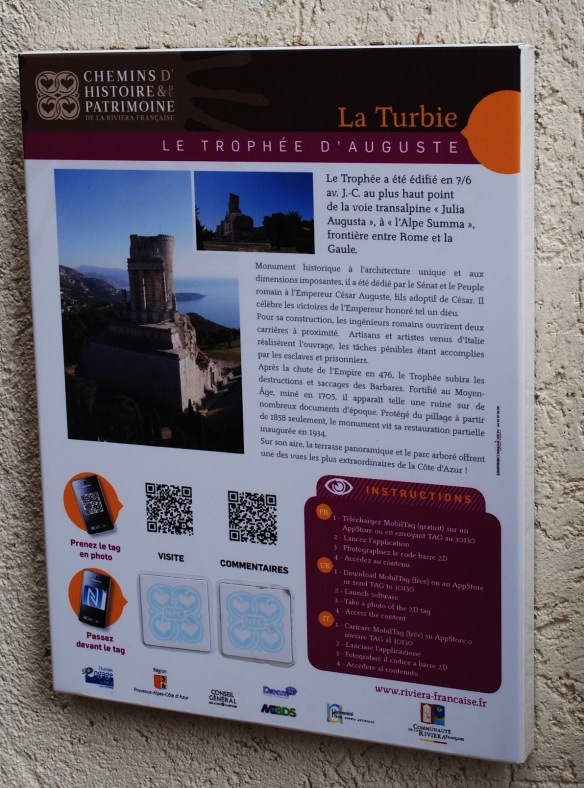