There Was No Need Of Celtic Cross

Or Sculptors Art for Me

To Wake Membrance of the Past

Or Turn My Thoughts To Thee… 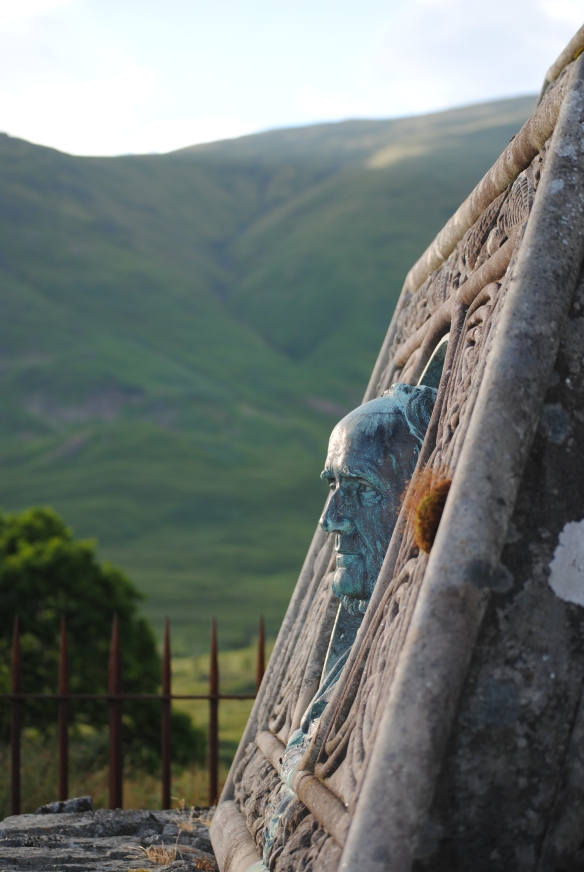 The text above is from Priscilla McLaren for her husband Duncan McLaren upon the memorial overlooking Loch Awe.  The memorial sits at the mouth of Inverstrae, upon the footings of a longhouse, where he stayed for two years when a boy: ‘He was born poor, and never forgot or strove to conceal the fact’ (Mackie 1888 v1, 8).

The McLaren monument is an exquisite piece of sculpture but is clearly deteriorating with conservation management issues.  It was produced by Mitchell Wilson architects of Edinburgh and made by W Beveridge, Sculptor, Edinburgh, probably at a workshop on Dalry Road just before 1900.